Week 3 classes kicked off on Monday here in Finland. This week brings refugee resettlement and integration, a very interesting, but very emotionally heavy course. Within a couple days, I learned so much about the refugee crisis throughout Europe and how Finland handles the influx of refugees into this country. In sum, Finland focuses on seeing refugees as humans deserving of new chances and setting them up for future success.

In 2015, a major spike in the number of people entering (or trying to enter) the European Union (EU) kicked off the European Refugee Crisis that continues today. According to the Finnish Immigration Service over the past year (June 2016-May 2017), about 63,000 people have applied for residence permits, international protection and citizenship. For a country of just 5.5 million people, this is a huge, sudden influx of migrants.

However, Finland continues to work to find the best way to help as many migrants as possible, while maintaining resources for Finnish citizens. One way to help as many people, in a very simple way, is by providing social benefits to the migrants after they fill out paperwork and applications to gain residency. These social benefits function as an extremely basic level of assistance and, realistically, cannot really be lived on. In essence, Finland’s social benefits lay the foundation for a brighter future for every person in the country.

The next step for the migrants is to learn Finnish. In the case of school-aged children, the local government places the new student in the proper grade according to age. Since school in Finland does not start until age 7, a lot of migrant kids will seemingly “repeat” grades when they arrive in Finland since they typically start at a younger age back home. But, Finland recognizes the importance of emotional and mental maturity, and sticks to their age policy for placement. Young migrants learn Finnish through their time in the school system, while adults are actually paid to return to school to take Finnish courses (the payment mostly covers the cost of going to the school and taking the class, but still, free schooling). The Finnish government recognizes the importance of speaking the official language to be successful in Finland, and therefore pushes the language requirement to receive citizenship.

At the same time, Finland believes diversity should be celebrated. Schools and government-funded multicultural centers provide classes and groups based on native heritage for migrants to attend, speak in their mother tongue and enjoy the cultural aspects of their heritage with other individuals. It is difficult to find a perfect balance of assimilation and pride in culture, but Finland may be right on the mark.

The recurring theme throughout this week 3 course is the ability to see migrants as humans that deserve a chance in this new country. Seemingly every guest speaker has stressed that Finland does not look at differences, but at similarities and how each person can learn from another and each person has something to offer. Such ideology is evident in the way Finland lays an equal and fair foundation for all of its members, migrant and citizen. Providing basic social benefits allows everyone to focus on the larger goal: building something successful. There is no need to worry about health care costs or what will happen if a job is suddenly lost; There is no need to put others down to get ahead. Every single person is started on the same foundation, provided the resources to find success and left to make something wonderful happen (if he/she wants it).

Now, it should be noted that Finland does face conflict within its own government and people regarding refugees and migrants. There are groups in the country that fully believe the borders should be closed to completely keep migrants out. This is not a perfect country without conflict or disagreements. The response to the refugee crisis in Finland has changed over time, as the government continues to find balance among such disagreements. But the policies and laws stand to provide an equal chance to everyone within the country to find success.

The European Refugee Crisis is a major issue that affects millions and millions of people. Studying refugee resettlement and integration can be emotionally exhausting, hearing stories of loss and pain, but it also provides a lot of hope. European countries, like Finland, face something rather unprecedented, but take it in stride and aim to see refugees as people that simply deserve a chance.

And that is beautiful. 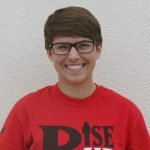 Katelyn Throckmorton is a biology, pre-med sophomore. She is studying abroad in Jyväskylä, Finland in Summer, 2017.