As I sit here in my seat looking out the window, soaring above the Pacific Ocean on my way home, I can’t help but to reflect on the past 9 months. Coming home and leaving my study abroad program early wasn’t part of my plan, but over the past couple of weeks it had become the plan of many of the exchange students at AUT. With the current situation with COVID-19 at home in the US, it was safer for me to stay in New Zealand, which was what I was planning to do. But with the escalating situation at home, my parents and I came to the conclusion that long term it would be safer for me to leave New Zealand now rather than later, when there could be a possibility that I wouldn’t be able to make it home for a while. That was about a week ago. 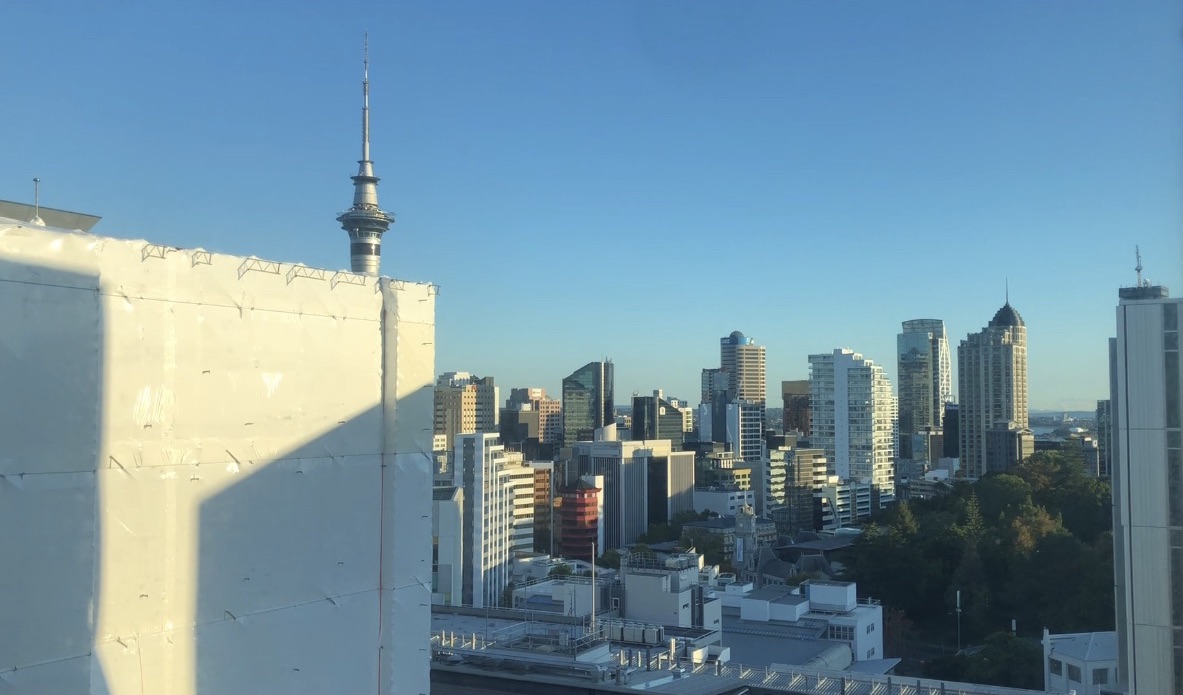 After getting off of the FaceTime call with my parents I booked a flight for today, March 29, 2020. It wasn’t until later in the week, after Prime Minister Jacinda Ardern addressed the nation on Monday that New Zealand too was beginning the process of social distancing and quarantine/self isolation beginning Wednesday night that I realized how serious the situation was getting because up until that point, New Zealand had relatively low numbers of cases of COVID-19. This past week has been pretty hard and stressful for me. School was suspended for the week with uncertainty of how the semester was going to progress. I was emailing my professors trying to see if I could continue my classes with them online, emailing advisors of both AUT and SDSU about my plans for coming home and what I was trying to do about my courses. Trying to contact student accommodation to figure out how to cancel the rest of my stay, and get a partial reimbursement for the rent that I would no longer need because I was returning home. Constantly checking my flight status as more and more flights out of Auckland were being canceled due to countries trying to restrict travel. Canceling travel and accommodation plans that I had made for my mid-semester break and a last minute overnight trip before I left, being on the phone with airlines to get my flight canceled last minute due to my other modes of transportation being canceled for safety reasons. And lastly having to say goodbye to the friends that I had made both last semester and this semester, as well as packing up my things and trying to get everything that I wanted to bring home to fit into my suitcases.

Emotion wise I feel sad, but appreciative. I feel sad and disappointed because I don’t want to leave yet because I had so much more that I wanted to do and explore, but also because Auckland had come to feel like home, and my “new normal.” I had figured out my routines, made solid friendships, was enjoying the majority of my courses, and just had a settled feeling of being and living in Auckland. I am also feeling appreciative and understanding/accepting, because I know that no one could have predicted how this was going to blow up and take over like it did when it did. I feel appreciative because I was lucky enough to have had an amazing complete first semester here at AUT, because the exchange students that came this semester, particularly the exchange students from the US only had a month here before they returned home. I am also, in a way, appreciative that I am able to come home relatively easily. A couple of my flat mates from Europe decided to stay because of the risk that they could get stuck in the transfer airport location, as slowly but surely the 5 major transfer airports that they could fly through on their way to their home country were closing.

So as I am halfway through my flight back to the US, I am grateful to be able to reflect on the friendships and the incredible memories that I have made in New Zealand, and I already know I will be back sooner than later, because while it was cut short, my journey in this beautiful country is far from over. New Zealand, AUT, SDSU, Fowler College of Business, and everyone connected to my study abroad experience- Ngā mihi nui ki a koe! (many thanks to you!)

Today marks Day 14 of self-quarantined isolation since I have returned back to the States. Since coming home to Colorado, I have, on 5 different occasions, caught myself having a full-on conversation with myself, which is most likely a sure sign that I am, in fact, going insane.

On a positive note, school is rather simple now. In fact, I am almost done with all of my abroad classes due to the fact that I have had so much time to spend getting ahead of the curve. Some of my teachers from Spain had a little bit of trouble adjusting to teaching online, but since then, they have adapted, and honestly it has made things a lot easier on us as students. SDSU also offered to the study abroad students the opportunity to participate in some no-cost 8-week classes for credits within our majors, so I jumped on that and have tried to stay busy so I don’t think about everything that I could be doing had my semester progressed as planned.

My time abroad was arguably the most exciting, youthful, adventurous, and bound breaking period of my entire life. That all ended abruptly as my semester abroad closed with a mad rush to the airport in a taxi with my friends, hoping that we could get on an airplane home following President Trump’s travel ban.

Looking back from my home during the “Covid-19 Shelter in Place” order, I realize that one of the best pieces of advice that I can give to you as a student is to take full advantage of every second that you have during your adventure, because you never know what will happen next in life! I am so grateful that I started exploring Europe right from the second weekend that I was in Spain.  I ended up visiting 9 countries in the 2.5 months that I was abroad. I spent my weekdays studying, going to my classes and exploring my home base of Barcelona, but I traveled almost every weekend.  If you have been reading my posts, you know I had many adventures in my time abroad, but arguably the best weekend of my entire life was spent in Switzerland!

I think I can speak for everyone that the past couple weeks have been a roller coaster of emotions. I would be lying if I said I was fine myself. Before I start I would just like to warn everyone that this won’t be an ordinary, happy study abroad post.

I am coming home. After barely 2 months of being in Costa Rica, I am coming back to California. This has been such a huge disappointment for me. Everything happened so fast. About 3 days ago, I said for sure I was going to stay here and everything would be fine. Two days later, I was booking a flight to come home. I have a lot of emotions going on right now and I am not sure how to pull them all together concisely. I am angry, sad, confused, stressed, and tired. This wasn’t the plan. This wasn’t how my study abroad experience was supposed to go. I was supposed to better my Spanish, finish my classes for credit, stay here until July, travel around, go to Panama, and many more things I am sure I would done. Now, I have to leave my host family who have been so kind to me and I know it will be a while before I see them again.

Three confirmed cases in Berlin. Six confirmed cases. Thirteen. Forty-eight confirmed cases after someone went clubbing and infected sixteen. These were the daily headlines that I would read when tracking the pandemic in my study-abroad country of Germany. Originally, Germany was a hotspot for CoronaVirus in Europe, but it affected the western region of North Rhine-Westphalia.

I had gotten to Berlin on March 2, after travelling throughout Spain as I detailed in my previous blog. Within a couple days of being in Berlin I was realizing that students studying in Italy may not be the only ones getting sent home this semester. My semester in Germany was very unique compared to other schools. My school, the Berlin School of Economics and Law started April 1, and went throughout the summer. With an April 1st starting date, and the pandemic rapidly getting worse in Spain, Germany, and France, I had to make a decision. I talked with my parents and after much consideration, I decided to book a return flight home for the following week because I had a gut feeling I would be sent home before my semester even started on April 1st. I wanted to get out before things got worse, and try to beat drastic increases in airfare in case a travel alert was sent out.

Editor’s Note: As most of you know at this point, the coronavirus outbreak has upended our routines and our daily lives, for at least the near future. This includes our study abroad programs. Programs throughout Europe and Asia have been suspended and students have returned home, prematurely concluding their international experience.

As our bloggers make their way home and others stay, we will update you with their experiences as they deal with this temporary “new normal.” First up, Ryhan Arnett corresponding from Costa Rica.

Top 3 things to do near San Diego

So this was an amazing place, we went with my friends an it was an amazing road trip, great views, good music and great company. It is a 5-hour drive, we made a fast stop in Los Angeles, ate there and then continued our journey. You can do bonfires, camp and take really nice walks. We took the no-toll road, so it was really cheap and it’s a great way to enjoy California with friends. 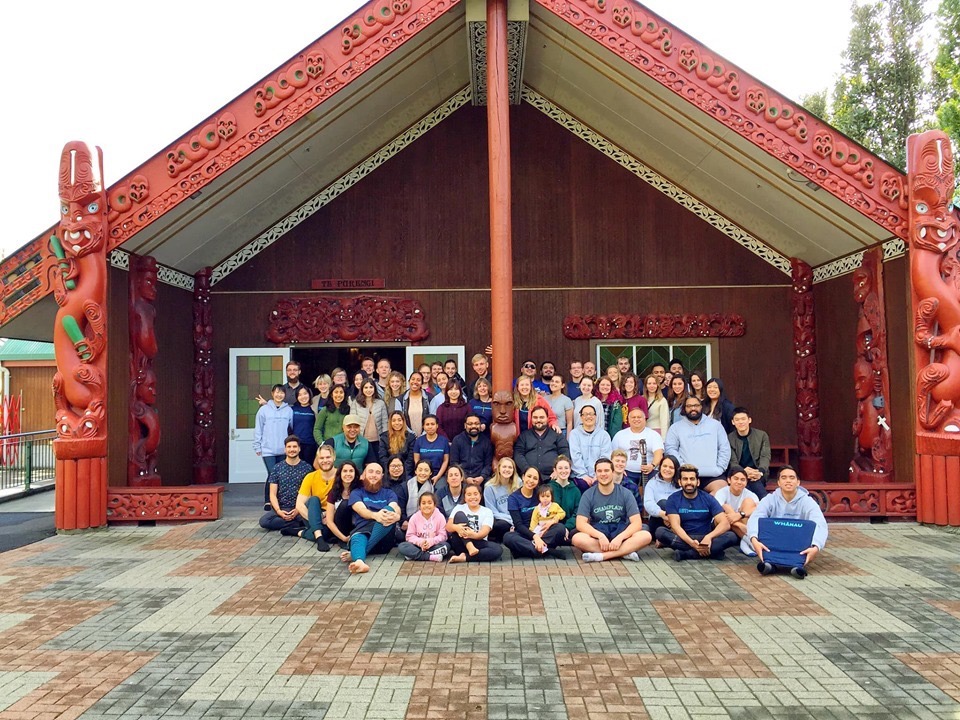 * Preface: in all of the Te Reo Maori words, the ‘wh’ makes a ‘f’ sound. Example: Wharenui = sounds like farenui

END_OF_DOCUMENT_TOKEN_TO_BE_REPLACED

At the beginning of the year, I wanted to make my experience abroad more adventurous. Although there are many places I  have yet to visit, I knew I had to take this opportunity to travel to at least one of the neighboring countries when I’m fairly close and the flight tickets are a lot cheaper than what it would be back at home. So without any hesitation, I immediately went on my phone and book my ticket to Tokyo, Japan. It was one of my dreams to go to Japan for several reasons. The main reason I wanted to go, strangely enough, was to buy these old 80’s Japanese album. I have long been a fan of this genre and to buy one of the albums straight from Japan inspire me to go to Japan. So this blog will be about my experience in Tokyo and my advice in getting around.