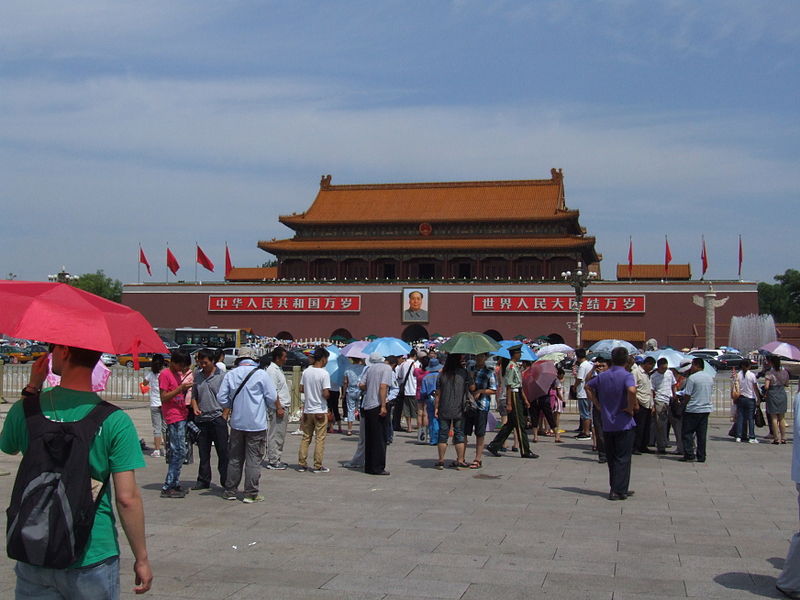 The name itself carries so much context that an introduction is not quite needed. China, the home of the Great Wall. China, the land of almost unrivaled smog. China, a country of designer lovers, city dwellers, and factory workers, all of whom make this modern country possible.

But of course, there is a lot more to it than that.

“In preparation for my study abroad, I did two things — pack the junk food I’d miss the most, and cry onto my poor boyfriend, all day, everyday.”

Over the course of my academic year at Peking University in modern-day Beijing, China, I hope to learn from and experience the lives of the individuals dwelling here, and meet those just stopping by. Having grown up in China for part of my earlier life, it has caused me a good deal of frustration not quite being in touch with the people or culture here.

Although I appear Han Chinese, my experiences, knowledge and expression of self does not line up with others, causing a lack of connection, if not misunderstanding, with the Chinese people I have interacted with. My understanding of my mother country is thus far limited to English interpretations of Chinese contemporary issues, social media news posts, and conclusions I personally drew as a kid. This disconnect has made me yearn for this very study abroad I am about to embark on. 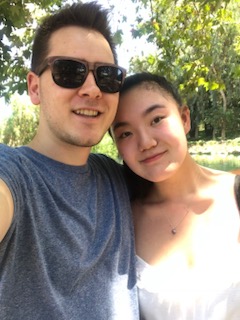 Oh, did I forget to formally introduce myself? Chinese people are said to place emphasis on the whole rather than the individual, so you could say I’m blending in already. But, since I get the feeling that it’s expected — I am an ISCOR senior, with a Chinese minor. I am very tall and large for an Asian female, so I will be doing my awkward giant parade around China for the next 10 months, intimidating those who cross my path.

In preparation for my study abroad, I did two things — pack the junk food I’d miss the most, and cry onto my poor boyfriend, all day, everyday. I actually spent so much time being sad it overrode any sense of excitement, anxiety or interest in my program.

It didn’t even quite strike me that I’d be physically in China for almost a year, and away from the other comforts of “home” until I was awaiting my first flight at the airport. But, hey, it’ll be a great experience! Or so they say…

To counter the doubts in my mind, I shall proceed to list some things I am looking forward to.

First, the food. Despite certain (and likely partially justified) fears regarding the authenticity of food sources or ingredients, I plan on devouring just about everything in sight. There are so many different types of Chinese cuisine one can experience, far beyond the scopes of orange chicken and chow mein. I’m not quite an insta-foodie, but I am excited to share my favorites in a future post.

Next, a world away from the materialistic, I am eager to gain the ability to express myself. As I was growing up and taking ESL lessons at school in America, my English abilities rapidly expanded, and my Chinese slowly waned to the point of almost nonexistence. As such, this resulted in a great disparity between my thought process in English and thought process in Chinese. I can back up my assertions in English, yet I cannot have a conversation with my grandmother as to why I think females are not inferior. This lack of self expression was, and still is, a cause of frustration for me, and I’d imagine for others in my shoes as well. I hope I can get rid of some of this roadblock for myself with a year’s study coupled with immersion.

To sum up my feelings and expectations for the next three months, I guess I am skeptical almost as much as I am eager. But I am always skeptical, and it’s merely become a defense mechanism by which to avoid disappointment.

I am not so much scared of what might happen as what might not happen. I might not make any friends, I might not feel any more connected to my roots, and I may not substantially improve my Chinese. Now with those doubts in mind, let’s spring forward nonetheless, and focus on the present, one day at a time.

Here’s to the future.

Kat Dai is an International Security and Conflict Resolution major and Chinese minor. She is studying at the University of Peking for an academic year.