During my time in Madrid, I thought to myself, “Why do I need to study abroad?”

As a kinesiology major, international experience is not something I thought I would need. However, during my experience with International Volunteer HQ (IVHQ), I was able to answer my own question.

I brought a camera and a journal with me to record my experiences each day. Being able to reflect on day-to-day adventures, I found that I grew knowledgeable about Spanish culture and even myself. So let me take you through some pictures of my wonderful experience in Madrid, Spain.

“Going into study abroad with an open mind prevents you from being dismissive of other cultures and leaves room for your mind to be blown.”

One of the first things that I fell in love with was the food. I’m pretty sure that was where I spent most of my money. The food in Madrid is fairly cheap compared to what you can get in America. For example, this place called 100 Montaditos has a special on Wednesday and Sunday where the each item on the menu is 1€. The menu mainly consists of mini sandwiches such as salmon and cream cheese and calamari in its own ink (surprising good). 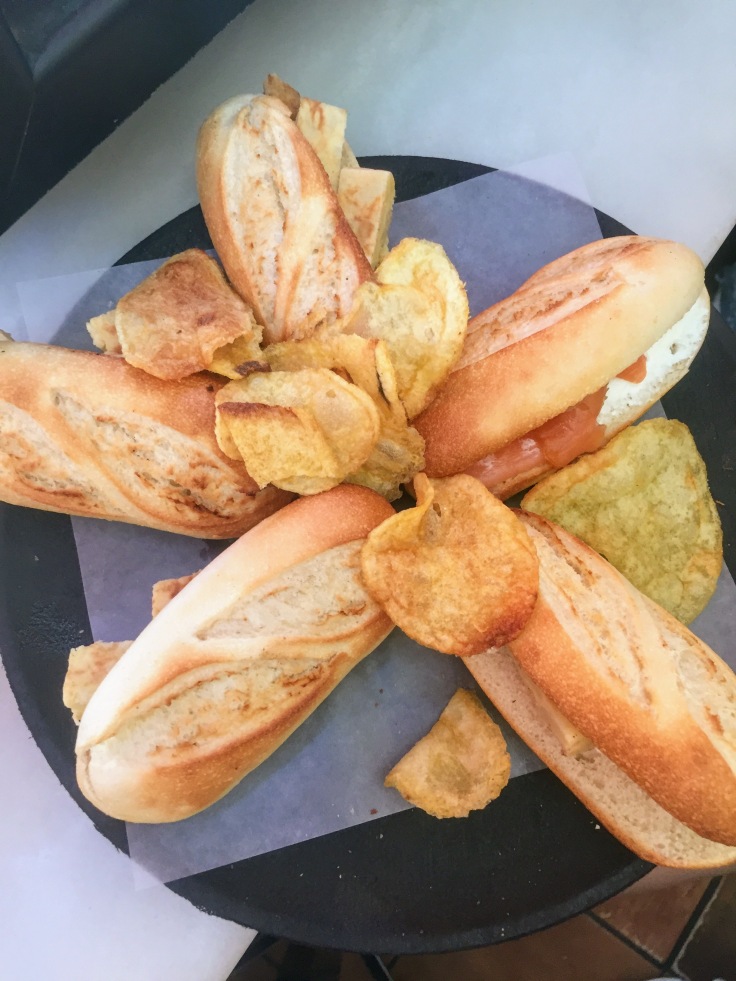 And on the topic of sandwiches, Madrid has its own specialty: the fried calamari sandwich. It is a dry sandwich considering it is just fried calamari between two pieces of bread, but still tasty. What’s funny about it is that Madrid is in the center of Spain, so where does the calamari come from?

Of course there are tapas as well, but unfortunately I didn’t get any pictures because I usually went out with other people to get them and we were all too hungry and eager to let them sit there when they were fresh. All I can say is get the one with jamón.

Finally, I can’t forget about dessert: churros and gelato. I laugh when I think about it because a group of us would switch off between the two every night. The churro place we went to was Chocolatería San Gines which was the first churro place in Spain, and by the name of it, you can tell chocolate was involved. The usual order was six sugarless churros with melted dark chocolate in a cup that you dipped it in.

Needless to say they were good, and my sweet tooth called me to drink the extra chocolate left over a few times.

As for gelato, it was just amazing especially since Madrid was hot and humid. So if you find yourself in Madrid wanting gelato, go to Kalua and get some red velvet and kinder.

Aside from feeding my stomach, my eyes were filled with so much beauty. Here’s Retiro Park, where we saw the Crystal Palace and  rowed boats in the Estanque Grande. 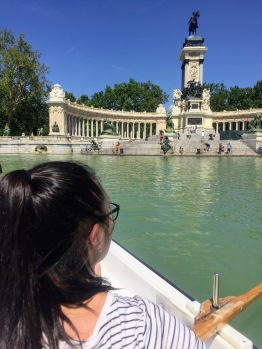 The Royal Palace of Madrid was stunning with abundance in detail and refinement in its architecture and artworks. 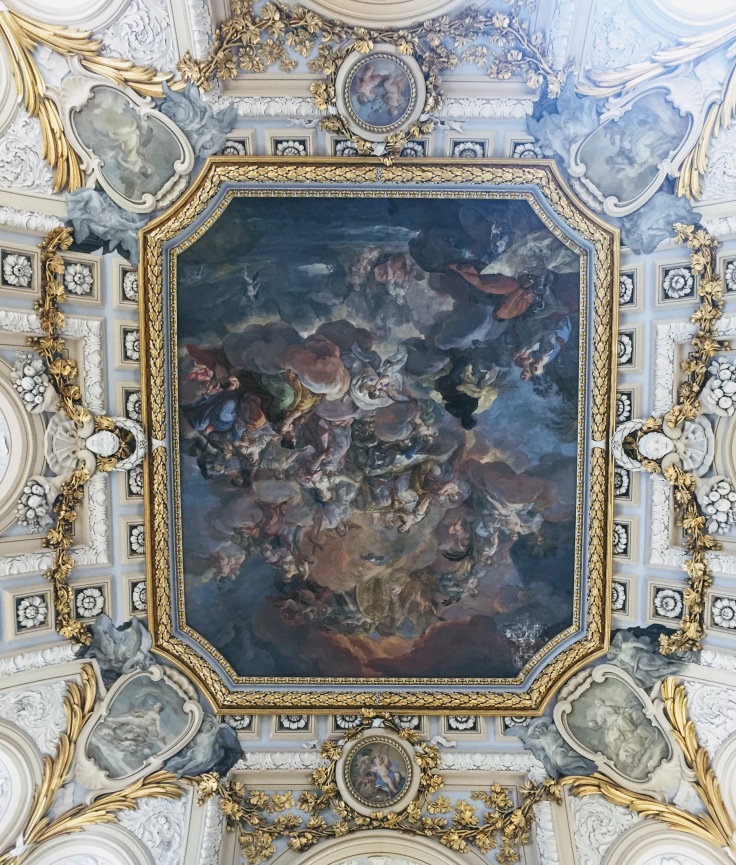 I gained a love for football (soccer) and toured Santiago Bernabeu, the stadium where Real Madrid plays. Since the World Cup was going on at the time, the bars and streets were filled with excited people cheering on not only Spain, but England, Brazil and Colombia.

Lastly, one of my favorite things was the day trip a group of us took to Toledo. This medieval city has some of the most spectacular churches, synagogues and monuments, filled with rich history. Despite the whopping 100-degree heat and an expensive lunch (which now makes a great story), the journey was worth it.

But the thing that made the trip the best, was the people I was with.

I was lucky enough to travel with two of my friends from SDSU who are also kinesiology majors. Without them, I don’t know if I would have had as much fun as I did. From volunteering to exploring Madrid, they were with me till the end and I couldn’t be more thankful for them.

The people I met while volunteering were such an interesting group, with people from many different nationalities. Exchanging cultures was a great interaction and I’ve become more eager to travel to their home countries and experience them for myself.

Finally, even though I don’t have a picture of them, I’d like to thank the boys at my volunteer placement. These boys have gone through rehab from addiction and now are learning English from people who are only with them two weeks at a time. In those two weeks, I’ve never felt more scared as my Spanish is not the strongest. But just by trying, the relationships built were not teacher-student, but rather a friendship. I’m glad to know that by the time we left, we learned about each others cultures and personal stories. 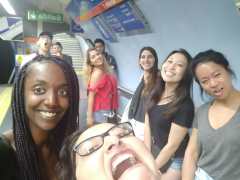 So why study abroad? Everyone’s expectations and experiences will be different depending on where you go and what you do. But my one piece of advice is this:

Be willing to learn.

Going into study abroad with an open mind prevents you from being dismissive of other cultures and leaves room for your mind to be blown. Because of this, I have a summer to remember. So bring friends, write in a journal or take pictures; Just be ready to take in a whole new world of experiences and make memories from them.

Thank you to my friends, my IVHQ family and the city of Madrid for helping grow as a person.