As I write this on my final flight back to the U.K. from Berlin, I can’t help but reflect on all the experiences I’ve had and the people I’ve met these past few months of being abroad. I’m blessed to have a group of women here who share the same love for knowledge, adventure and (most importantly) incredible food as me. I now have friends from the U.K., the Netherlands, Norway, Germany, Belgium, Sweden, Denmark and Australia. I only hope they’ve grown from me half as much as I’ve grown from them.

It’s difficult to describe what being abroad is like. It’s as if I’ve lived years and years of experiences in just a few short months.

I’ve had to put my big girl pants on and navigate my way through towns, cities and countries with people who can barely speak or understand English. I’ve gotten lost from getting on the wrong bus/train once or twice. I’ve even had to find my way from Amsterdam back to the U.K. after some heavy snow fall cancelled my flight.

My list of (what some may consider “epic fails”) goes on, but the moments where I felt lost were the moments I felt the most growth. I had to trust myself and my ability to get from point A to point B. I’ll miss those little waves of panic squinting at the screen to look for my gate/platform, coming home after a long day of adventuring and deciding which pictures to airdrop and splitting meals with friends so we could give ourselves an excuse to try more food.

There are many other things I’ll miss about being abroad, but there are also a few things I definitely won’t miss.

I won’t miss holding my breath as I walk around to avoid the smell of cigarettes that follows me everywhere I go.

I won’t miss trying to convert Celsius to Fahrenheit, kilograms to pounds, and dollars to pounds to euros and back.

I absolutely won’t miss nearly peeing myself after finally locating a toilet, but having to rummage through my wallet to find 50 pence to enter.

Last but not least, I won’t miss being over 5000 miles (about 8000 kilometers) away from my family. It’s sad to say it’s officially my last day of dealing with these silly European things, but I’m looking forward to spending the holidays with family and friends back home. 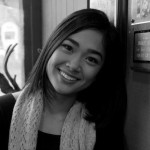 Erin de Leon is a double major in dance and kinesiology. She is studying Fall semester at Leeds Beckett University in the United Kingdom