I’ve heard the saying many times, you’re never too old to go back to school. In 2014, I had the opportunity to return to school after a 30-year absence. After my initial doubt, I now believe the saying to be true.

When I decided to return to school my decision was preceded by feelings of doubt, anxiety and just plain fear. When I left school there were six computers for students use on the whole campus. Could I keep up? Was I too old? What if I fail? Now in my junior year I find myself about to embark on a faculty-led study abroad program in Portugal and some of those same feelings surfaced again prior to deciding to go. Fortunately, I now recognize these feelings as baseless fears that can only win if I let them. So, on June 1 I depart San Diego for Lisbon, Portugal and I’m grateful for the opportunity.

Funding my study abroad program
There are two main reasons I chose my program:

My program was more affordable than similar programs because it is partially funded through the Study in Portugal Network in Portugal (SiPN) which is part of the Luso-American Development Foundation (FLAD). I was prepared to take out a student loan to fund the remaining program fee, airfare and the cost of living while in Portugal, if necessary, but I first wanted to apply for some scholarships. With scholarships, up to $5,000 the Benjamin A. Gilman International Scholarship, sponsored by the U.S. Department of State, was my first scholarship application. The application process is quite long and I almost decided to not complete it, after all it’s a national scholarship and I thought my chances of receiving it were very small. I decided I had nothing to lose and completed the application.

I was thrilled when I found out that I was awarded a scholarship. I also applied for the Associated Students Study Abroad Scholarship and I’m honored to have been chosen as well. Prior to applying for the scholarships, I attended a study abroad scholarship essay writing workshop at SDSU. I highly recommend one of these workshops and encourage everyone to apply for a study abroad scholarship, it only requires a small amount of your time, but the payoff can be very huge.

Boa Viagem!
One of the reasons I chose SDSU was the number of study abroad programs offered and the  importance the University puts on study aboard. When I was last in school there wasn’t the same level of importance on having a global perspective as there is today. There are so many study abroad opportunities at SDSU. They can be as short as two weeks, one semester or a whole year; even students with the busiest of schedules can find a program.

I only mentioned two scholarships, but there are so many funding options that will allow many students the opportunity to study abroad. If you think that you can’t study abroad, for whatever reason, I highly encourage you to talk to a study abroad advisor first; it certainly paid off for me.

I am all packed and ready to go. We will be spending two weeks on the island of São Miguel in the Azores and then two weeks in Lisbon.  look forward to sharing my adventures with you all. 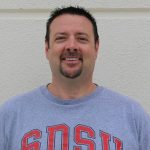 David McLean-Perkins is majoring in information systems. He is participating in a study abroad program to Portugal in Summer, 2017.