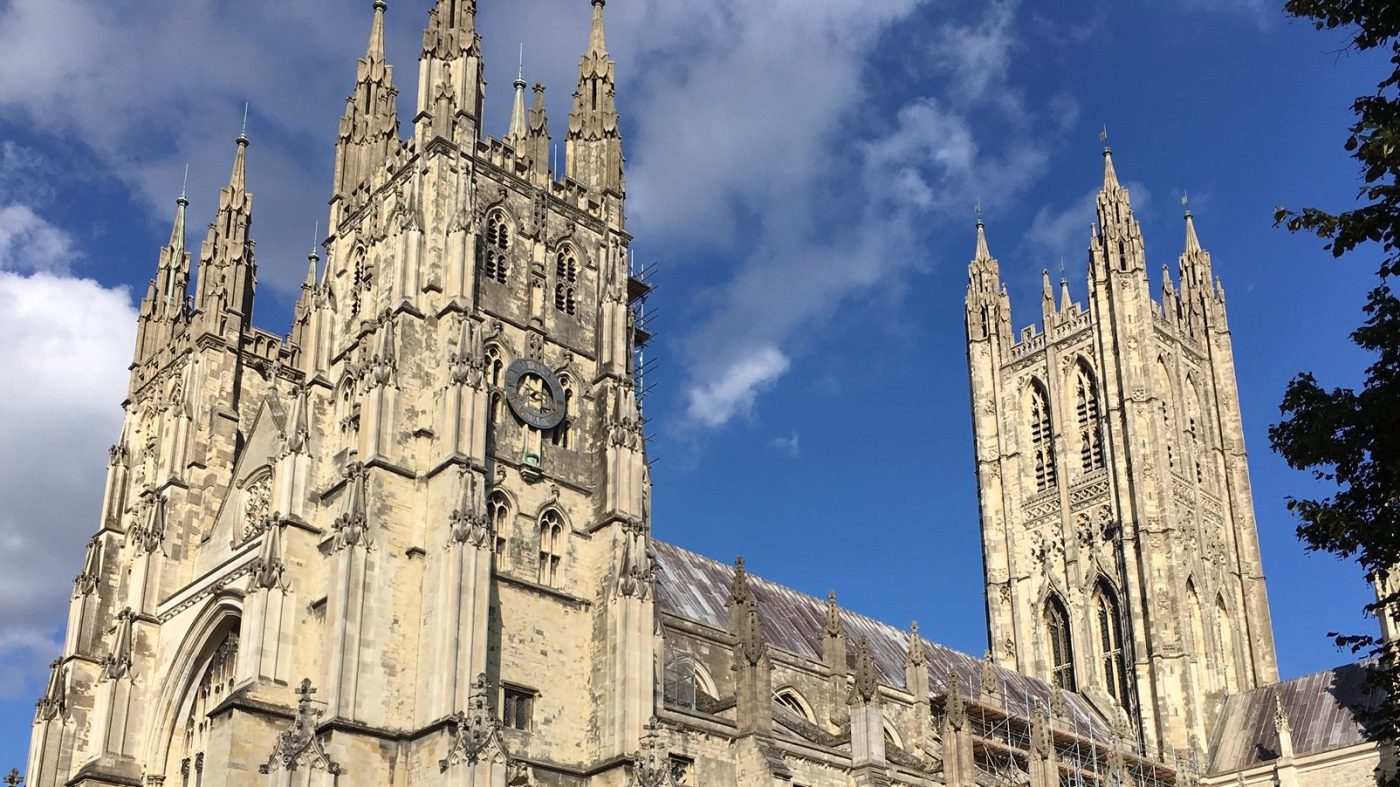 It was raining when I arrived in England last Saturday. Having anticipated the U.K. to be a bit wetter than San Diego, I had gone out weeks before to buy rain gear — gear that was now buried at the bottom of my biggest suitcase. Looking around, the other exchange students also seemed caught off guard, eyeing the dark clouds outside the windows with apprehension.

Someone tapped on my shoulder, and I turned around to find one of the girls from France, scowling at the rain and then gesturing at her sandals and t-shirt.

Looking down at my own leggings and hoodless jacket, I agreed. It really, really was.

Twenty minutes later, with the rain still pouring and the university reps telling us to get a move on, the French girl and I exchanged a glance, shrugged, and headed for the doors, reassuring each other that our luck could only go up from here.

Hoping for the best describes my first week in Canterbury quite well: hoping that my housemates were nice, hoping I didn’t get lost on campus or in town, hoping I wouldn’t commit some horrible faux pas that would cause Brits to think, there goes a typical American. Send her back immediately!

A bit dramatic perhaps, but as a naturally shy person, I’ve always expected the worst to happen. I thought things were going to be difficult, a repeat of my freshman year. Back then, I did not take advantage of things that I should have, like joining clubs or interacting with people in my dorm and in class. Going to England was supposed to be my second chance, an opportunity to correct past mistakes.

I’ve made friends with my housemates, wandered around campus asking strangers for directions and successfully navigated public transport (twice!). I’ve walked the town of Canterbury with friends both British and international, visited the castles and cathedrals, been out clubbing as well as down to the pubs. Just this morning, I had my biggest accomplishment yet: finally handing a cashier the correct amount of coins for a purchase.

I am sure as the year goes on, the personal achievement list will be a bit more impressive, but for now, it’s the little things that make me feel like a success.

So even though the cars drive on the wrong side of the road, and the cobblestone streets trip me up on the daily, I am positive the feeling of unfamiliarity will eventually fade. Food brands will soon become recognizable, the currency will add up correctly and I’ll finally learn to carry an umbrella everywhere I go.

Perhaps “Doctor Who” will even start to make sense.

I know it’s impossible for things to always go smoothly, but whatever these coming months may bring, I wish to remain hopeful, much like I was as I headed out those rainy airport doors for the first time.

I have never looked forward to anything more.

Sydne Aguilar is studying English and film. She is studying abroad in Canterbury, United Kingdom during the 2016-17 academic year.