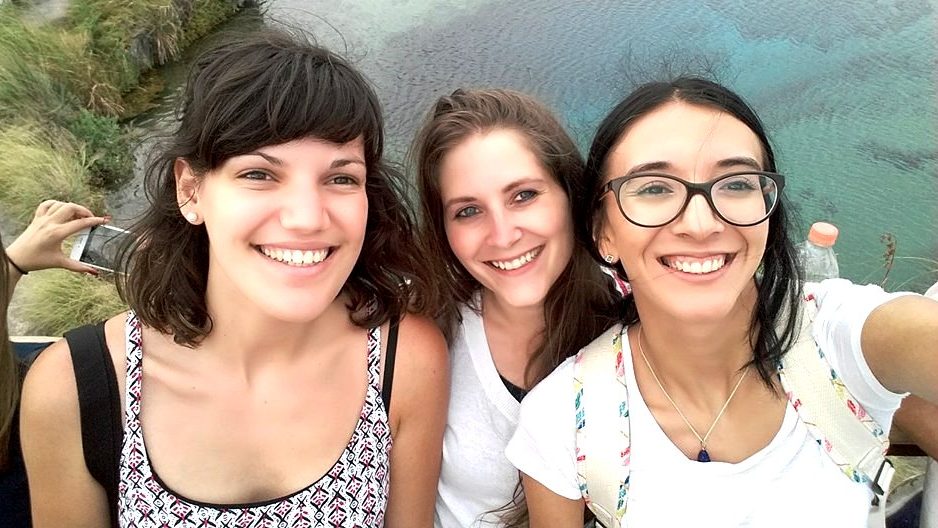 Traveling around Mexico is really cheap. The hotels are cheap, the food, the souvenirs – my friends and I have found a lot of tours to visit different areas. About three weeks ago we went to Coahuila the state next to Monterrey.

It’s located six hours away from here and it only cost 590.00 pesos ($33.20). It was a one day trip,  and we visited Marble Mountains, Dunas de Yeso and a unique lake were the color blue and turquoise is very bright.

The trip was beautiful, the Marble Mountains was the first stop of the trip. The mountains are huge and we hiked to see the beautiful view and feel the fresh air. It can be complicated to hike because it’s protected UNESCO, so they cannot attach stairs, but the risk it is worth it. Dunas de Yeso was the next stop. The feeling of the sand in my feet was great. It does not feel like the sand from the beach, it is thinner and fresher. The last stop was the unique lake that has a color turquoise that is really bright. This lake is protect it by the government and people cannot swim in it because of a microorganism, so it is a really interesting lake. I recommend everyone to go to Coahuila. It’s such a beautiful state that I did not know I was so close to! 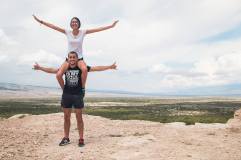 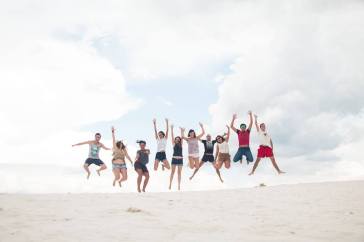 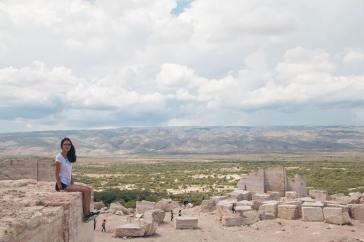 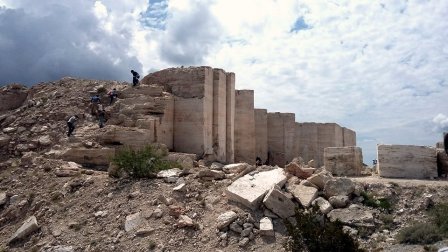 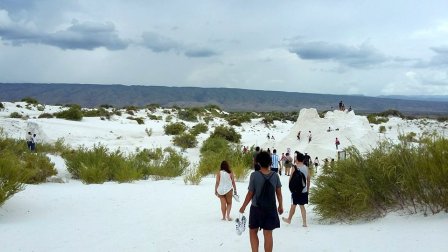 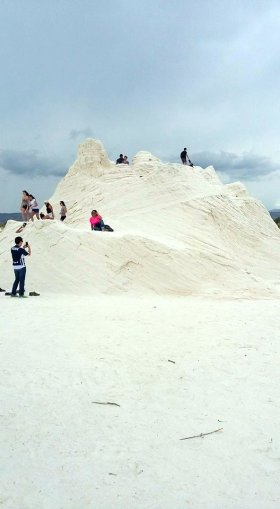 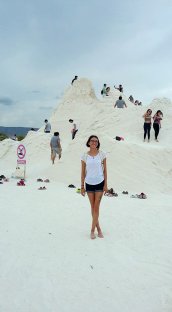 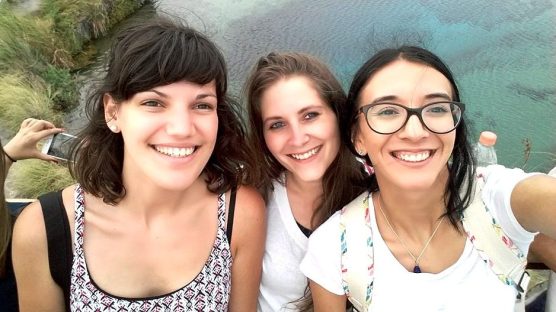 Meanwhile in Monterrey I’ve found that I love Barrio Antiguo (downtown). On Sundays there is a mercadillo where people sell all types of souvenirs. Also, there are a lot of libraries and restaurants, so every time I have the opportunity go, I go. I visited a bakery named El Nopal where they sell giant donuts that cost less than a dollar. Tecnologico de Monterrey (ITESM) not only offers things to do during the week, but also in the weekend. About one week ago ITESM offered the public and students a food truck festival. It was small, but they were selling delicious food and people were playing music, walking around with their dogs and telling stories in the streets. It was not a huge event, but it was a great way to spend my Sunday. I also had a chance to make new friends, and it was super awesome to meet people from different places. I made Colombian friends and we made arepas – a typical food from Colombia – and they are teaching me to dance salsa. It is incredible to make friends like the ones I’ve made. 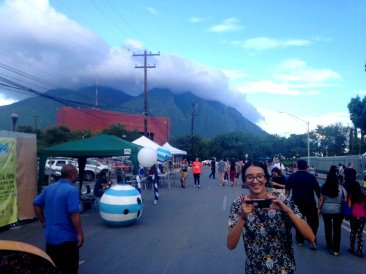 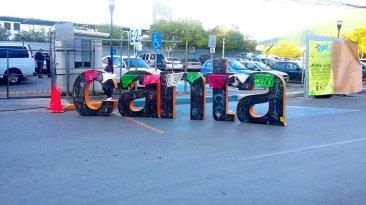 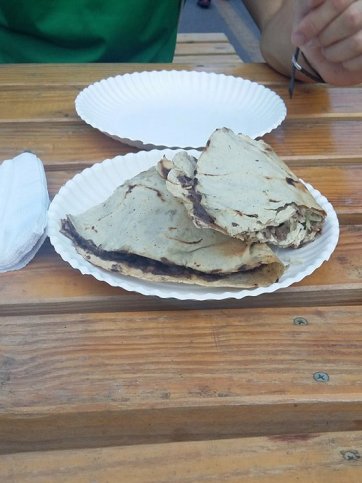 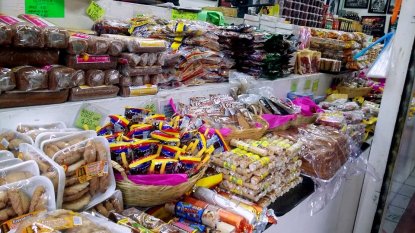 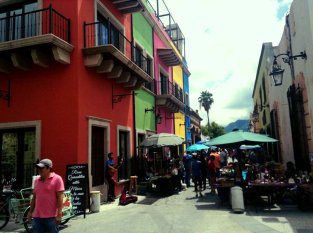 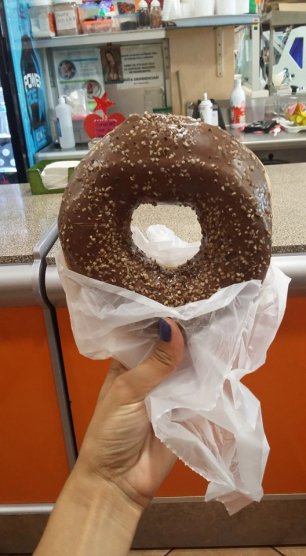 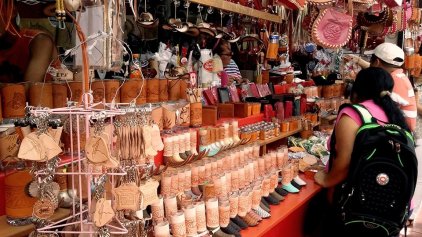 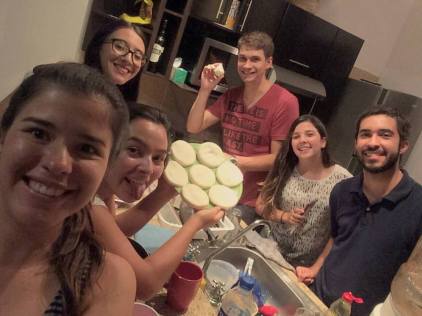 Sometimes I miss my family, my streets, my friends, even my dog. There are days where I feel lost and frustrated because I am in such a big city that I do not know. As a Mexican-American I thought that I knew the Mexican culture, but when I arrived here I knew that I was wrong. Imperial Valley is so close to Mexico, but to be honest Mexicali is a city with American ideas – it is not Mexico at all. Monterrey, in the other hand is really Mexico; the Mexican culture is stronger here and the downtown streets are really beautiful if you compare it with Tijuana or Mexicali downtown.

Some people do not understand why I did not go to Spain, Argentina or Chile for my Study Abroad. I did not go to those countries because I am seeking the real Mexico – for the country that is often fighting to be better. Monterrey is a city full of industry and sometimes it reminds me of San Diego because it is around mountains.

I am sure Monterrey has a lot of adventures in store for me. It has been just a month and, even thought sometimes I miss my home, I still happy that every day is an adventure.

Sije Vargas is earning a bachelor’s degree in Spanish at the SDSU Imperial Valley Campus. She is attending Teconologico de Monterrey for fall semester 2016.