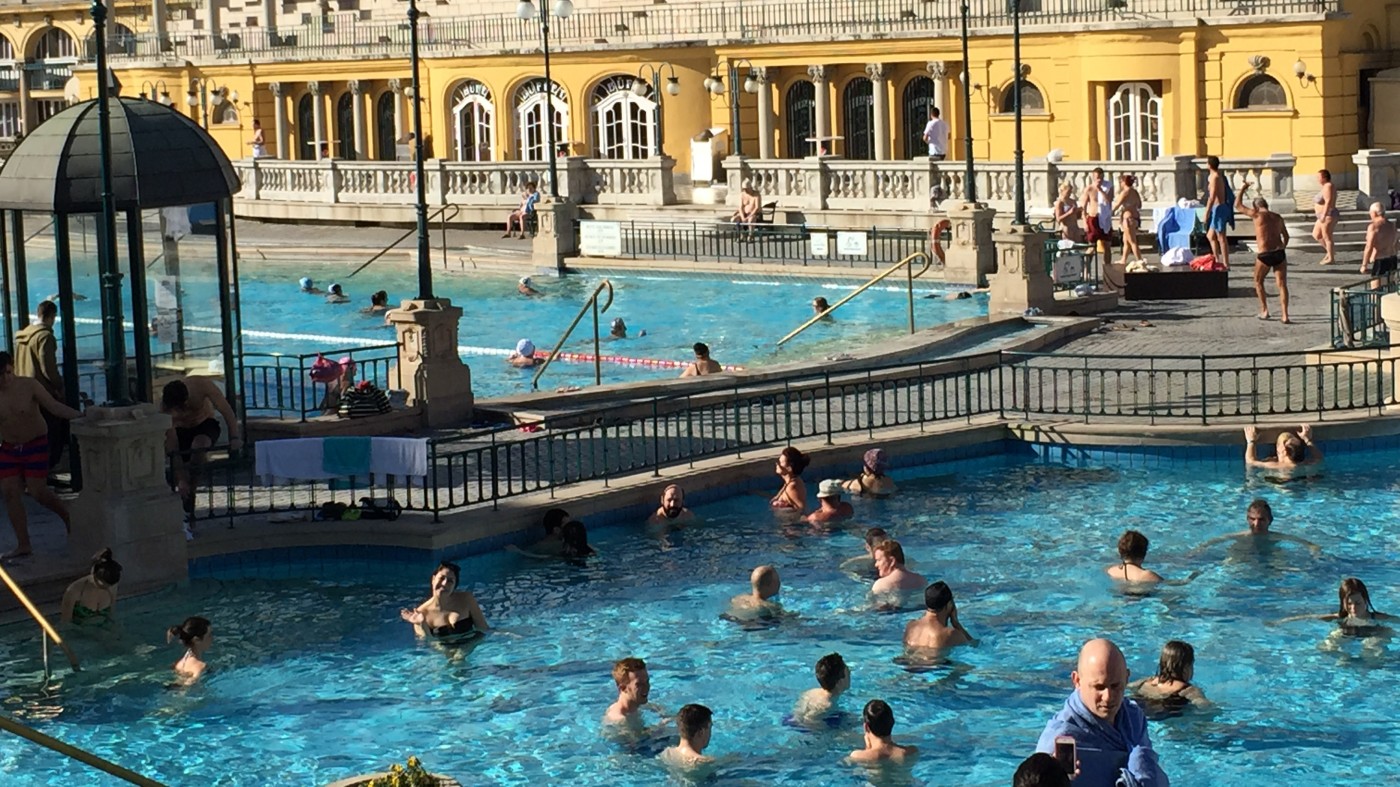 The thermal baths spread throughout Budapest are some of the most famous in the world and are a huge reason for tourism booms in this city. Because of this, visiting the well-known outdoor thermal bath was a must on my Budapest agenda!

Once I got out of the Metro and laid my eyes on the Spa building I was floored. The yellow painted building made me feel like I was going back in time to when Roman bathhouses were part of everyday life. Once I entered the building that spa atmosphere was in full affect. There were mosaic tiles of water on the walls and a big ole’ Poseidon Fountain in the middle of the back wall adding to the “water is important” theme. 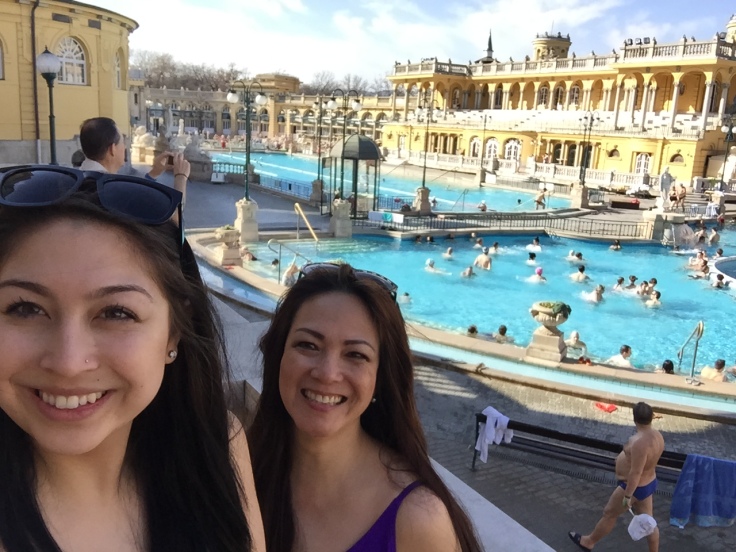 We got a cabin to change into our bathing suits and made way to the baths. The outdoor pools were heated, which was so nice considering how cold the air was. I felt like a princess in my own personal thermal bath because of how nice the architecture was and the clarity of the water.

Once we were nice and pruned we decided to hit the sauna for a nice detox sesh. After we dried off, we decided to go inside and hit up the medicinal bath … I was hesitant, obviously because I had already dried off and pruned enough, but I am so glad we did. The medicinal baths were the most relaxing part of the whole experience. I felt all my struggle melt away as I soaked in the water.

This spa experience was the best thing ever … and it only cost 15$ for relaxation at its finest! Budapest is definitely the Spa city of the world.

Lyna Nguyen is earning a bachelor’s degree in graphic design at San Diego State University. She is photo blogging from Edinburgh, Scotland for the 2015-2016 academic year.