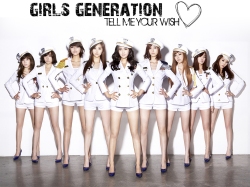 If any of the above sounds familiar, you have most likely heard of Korean pop (K-pop) as well. Beginning in the early 90’s with the formation of Seo Taiji and Boys, K-pop swept to the top of Korea’s music charts and began to spread throughout Southeast Asia.

Characterized by highly choreographed dance routines, flamboyant outfits, elaborate backdrops and addictive tunes, it is no wonder K-pop has become an international phenomenon. Ever since Gangnam Style exploded in popularity in 2012, K-pop has seized the international spotlight and continues to garner fans and make headlines around the world. 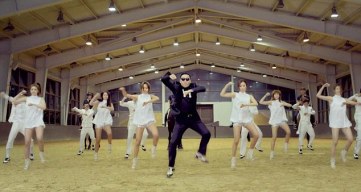 Even now, major k-pop groups such as Big Bang, Girls Generation, and 2NE1 continue to tour around the world, performing for their legions of fans. I think Gangnam Style’s 2.48 billion views and spot as YouTube’s most watched video of all time stands as a testament to the international popularity of K-pop.

But it’s not all fame and glory for the group members. Recruitment from the main labels – SM Entertainment, YG Entertainment, and JYP Entertainment – start around the tender age of 10. Group members are then placed in cramped dorms and undergo intense vocal, dance and PR training. In order to maintain the ideal image of being fit and skinny, idols are often forced to endure extreme diets to achieve it.

For example, the most popular (and my favorite) singer in South Korea, IU, has admitted to following this strict diet paired with intense training to achieve her body weight: one apple for breakfast, a sweet potato for lunch, and a protein shake for dinner.

It’s an intense, harsh, and highly competitive environment that has been criticized by the media and fans alike. But the pressure from fans for the entertainment agencies to treat their idols better has started to change the industry, even if the change is slow and incremental.

Nevertheless, the idols and agencies know what they are doing and they have mastered the art of creating successful idol groups, one after another.  I was able to see them up close and in-person at two mega concerts for free! In an effort to boost tourism, they made it free to foreigners. So, all I had to do was register online to reserve my ticket and pick it up on the day of the concert.

These mega concerts featured some of the biggest names in the industry: Girls Generation, CNBlue, EXO, AOA, BTS, and so much more. Attending a K-pop concert was one of the biggest and what I thought would probably be the most expensive item on my checklist. So getting to attend TWO concerts featuring all these artists I thought I could only see through photos and videos was ab-so-lutely AMAZING.

Three things stuck out for me at each concert: Terrifying fans with their almost comically large cameras, the beautiful sea of waving glow sticks and the passion fans had for their idols. When a favorite idol’s name was so much as mentioned, fans would scream and wave their glow sticks frantically.

But don’t take my word for it, check out the concert photos below! 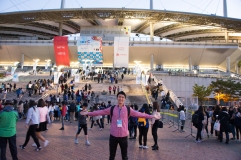 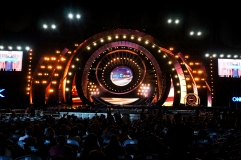 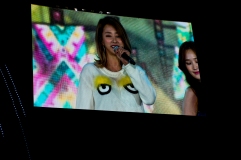 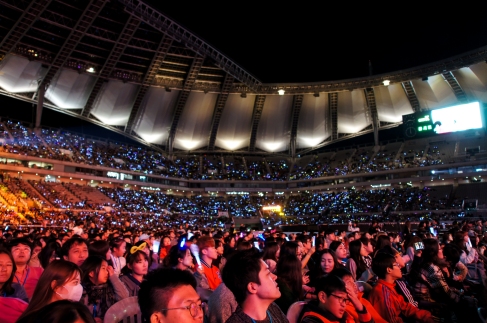 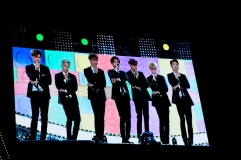 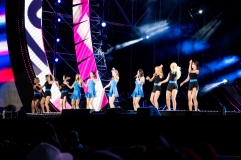 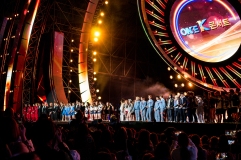 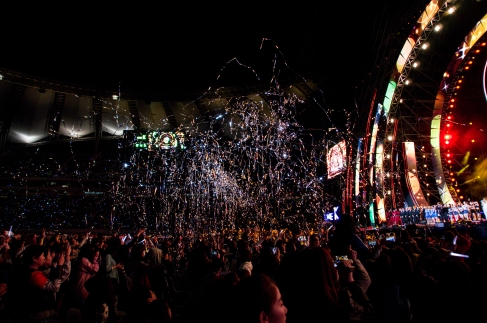 The last photo is of fans lining up around the underground parking entrance to be able to see their idols one last time. The area already had dozens of crowd control officers ready to make sure they didn’t surround the car!

Getting the chance to attend a K-pop concert was definitely a highlight of my study abroad experience and it honestly would not have been complete without it.

Jerry Cheng is earning a bachelor’s degree in accounting at San Diego State University. He is photo blogging from Seoul, Korea for the 2015-2016 academic year.